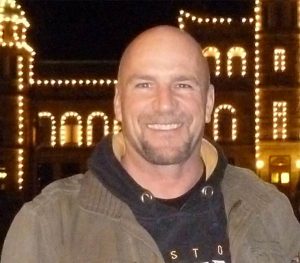 Blair Lekstrom has lived his entire life in Dawson Creek. In 1993 Blair was first elected to City council as a councillor and then in 1996 Blair was elected as the Mayor of the City of Dawson Creek. During his time in municipal office Blair served as President of the North Central Municipal Association as well as served on the executive of the Union of British Columbia Municipalities. He served two Terms as Mayor and was then elected to the Legislative Assembly of British Columbia in 2001 where he served as the MLA for Peace River South until 2013 when he chose not to run in the May 2013 election. While serving as MLA Blair was Chair of the Finance Committee, served on the Public Accounts Committee, the Legislative Review Committee, chaired the committee to review the Freedom of Information and Protection of Privacy act, as well as serving on a wide range of other committees. During his time in office Blair served in three different Ministerial positions. First as the Minister of Community Development and then as Minister of Energy Mines and Petroleum Resources under Premier Gordon Campbell and then Blair served as the Minister of Transportation and Infrastructure under Premier Christy Clark. Blair now works as a consultant for his company, Blair Lekstrom Consulting Ltd in the area of Business Development and Strategic Advice primarily associated with the resource industry. Blair ran for city council again in Nov 2018 and was elected as city Councillor for the City of Dawson Creek. Blair has been married to his wife Vicki for 37 years and they have two wonderful daughters and five incredible grandchildren. Blair and his wife Vicki continue to live in Dawson Creek.