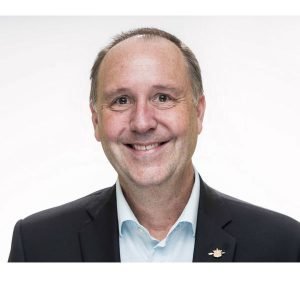 Mike Bernier was first elected MLA for Peace River South in May of 2013. During his tenure as MLA, Mike has served as Minister of Education, as Parliamentary Secretary for Energy Literacy and Environment, Chair of the Climate Leadership Team, and is presently the Opposition Critic for Oil and Gas Development.

Prior to his election to the Legislative Assembly of British Columbia, Mike served as Mayor and Councillor for the City of Dawson Creek from 2005 to 2013. Mike is the Past President of the North Central Local Government Association and has also served on the Union of BC Municipalities, the Peace River Regional District Board, the B.C. Mayors Climate Leadership Council, the Community Energy Association, the Council of Resource Community Mayors, Northeast Regional Advisory Committee, Site C Regional and Local Government Liaison Committee, Northern Development Initiative Trust, and the South Peace Economic Development Commission.

Mike is married to his wife Valerie and together they have five children. He is also has 20 years of experience in the natural gas industry.